Freedom of Speech and Thought – Important to the Spirit Realm!

The concept of personal freedom and independent thought is one the Spirit world has emphasized since the dawn of man. Western Civilization is the beacon of freedom and democracy for the world precisely because we have been rigorously selected to attain this goal. Emmanuel writes of the Renaissance, which was planned by the Spirit world;

The invention of the printing press facilitated incredible progress in the world of ideas, leading to wonderful expressions of intellectual life. Literature took on new life and the arts reached heights unreachable by future generations. Numerous artisans of ancient Greece reincarnated in Italy to leave indelible vestiges of their passage in precious marble (Xavier, 2011, p. 170).

In the 18th century arose the wave of Philosophy and Science, which came from high order spirits, “who reincarnated chiefly in France” (2011, p. 180), according to Emmanuel. The brilliant minds of Voltaire, Montesquieu, Rousseau, D’Alembert, Diderot and Quesnay all influenced the forming nations of the New World. Emmanuel states;

The America’s, destined to receive the sacred experiences of Europe for the civilization of the

future, sought to apply the grand principles of the French philosophers to their political life on their way to a more complete emancipation (Xavier, 2011, p. 192).

One of those grand principles was the freedom of speech. Voltaire said, “I disapprove of what you say, but I will defend to the death your right to say it” (Voltaire, 2013). How more direct could you be? By that simple sentence Voltaire set in stone our right to free discourse. We must be able to express ourselves without fear, as Montesquieu postulated, “Political liberty in a citizen is that peace of mind that comes from the opinion each person has of his safety, and to have this liberty, the government must be such that a citizen cannot afraid of another” (Montesquieu, 2013).

Freedom of speech; how many of us take it for granted? While on all sides, even those of us who live in “free” countries, are guarded in what we say and even attempt to mask our innermost thoughts. We must actively protect our rights or what occurred during the times of the Catholic Inquisition could indeed happen again.

The Catholic Church wanted power over people’s thoughts. The Inquisition was the method to accomplish this nefarious deed. The Spirit world strongly condemned the Inquisition;

The repression of the “heresies” was the pretext for the Church’s consolidation in Europe, becoming the punishment and misfortune of the entire world (Xavier, 2011, p. 156).

Countless other examples may be found in modern times, Communist countries such as North Korea, Cuba and the extinct USSR, are all guilty of the severe repression of speech and thoughts. In North Korea, if you failed to show sufficient remorse during the funeral of Kim Jong-Il (deceased dictator of North Korea who died in 2011), you were hauled off to one of North Korea’s many concentration camps.
Currently, we have seen the advent of “PC” (Political Correctness) so strict as to stifle debate and punish those with a legitimate point of view. The Spirits Book unambiguously condemns this type of behavior;

839. Is it wrong to scandalize those whose belief is not the same as our own?

As an example, many people are afraid to discuss religion publicly. Those that do are looked upon as simple or ignorant in our more sophisticated circles. We must resist the temptation to remain safe and silent. We must calmly and logically state our beliefs and allow dissent, with the knowledge that at least we are keeping the tradition of friendly debate open and alive. 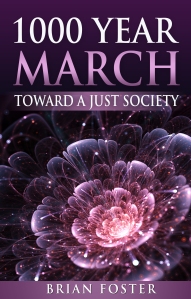 Read more about how the spirit realm wishes for us to govern ourselves and the future of the Earth; read the 1000 Year March – Towards a Just Society.