nwspiritism · April 3, 2020 · Beyond the Veil, Heaven, Organization of Spirit World · beyond the veil, organization of spirit world, prayer · No Comments 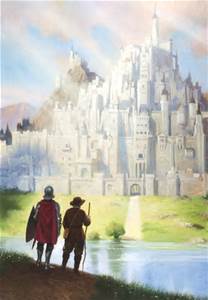 High on the upper boundary of the tenth level of heaven, there exists a colossal tower, with ten sides. Each side processes the prayers and requests of a specific stage; from the lowest level of heaven up to and including the tenth level. A grand central station of thoughts, quandaries, conundrums, and problems which all need a response. The spirit Zabdiel describes the location; the facility is on a plateau. The ground covered in stone, the color of fire; the reflection of the stone permeates the air above to a height of one hundred yards. Next he tells about the building itself: Read More.

nwspiritism · March 27, 2020 · Beyond the Veil, Destiny, Progress of Earth · beyond the veil, earths destiny · No Comments

The Spirit realm guides the human race. We are led on an upward spiral trajectory. Great leaps forward, followed by seemingly catastrophic retreats, but which are, in fact, required to build a solid foundation for the next stage of progression.

This has happened to the human race multiple times, in Atlantis and Lemuria. The spirit Arnel spoke to us about a great mission to bring more spirituality into science and he mentioned how technological progress has been destroyed before:

“So we did not destroy your science by cataclysm, as has happened in the past ages of earth not once nor twice. No. For, cramped and limited as it was, it ministered to progress as a whole, and so we held it to that degree in reverence. So we transmuted it by expansion, and are so continuing today.” – Read More.

The Presence of Christ Inspires and Empowers Spirits

“Then, after long ecstasy of wonderment and great uplifting at the sight of so much power and glory, we began to feel within us a glow which suffused us with a sense of love and pity and an access of resolve to put of our best into what work lay ahead of us. So we knew that He drew near in person.”

The high spirit Arnel spoke to the mind of the Rev G. Vale Owen, who described his contact with the power of Jesus during a great endeavor to bring light and love to earth. Read More.

Go Forth and Talk with Spirits

Zabdiel in his communication with the Rev. G Vale Owen, on December 1, 1913, states the primary reason Jesus was sentenced to death by the ruling Jewish religious order was because He told the people that life wasn’t just on earth; our dusty plane was only a lowly way station … and those in charge of humans on earth were poor reflections of the governance of high spirits. Read More. 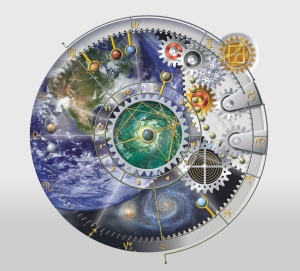 Life on earth is extremely diverse. So much so that we are still discovering new life in even the most hostile environments. Deep in the ocean, in pools of boiling sulfur water; places where once we would have never expected life to occur. Read More.

Faith is Measurable in the Spirit Realm

nwspiritism · March 15, 2020 · Beyond the Veil, control emotions, Heaven · beyond the veil, faith, heaven · No Comments

In the tenth level of Heaven, the spirit Zabdiel created a live dove from his will power alone … as an object lesson to young children. He revealed the potential power we possess as we ascend as a spirit. All is possible if we work for it. Read More.

Spirit Families – Helping Each Other Progress

Zabdiel, a high spirit from the tenth level of heaven, as it is designated for the convenience of us on earth, walked through a small village and noticed small, but well-appointed homes … until he saw a house in a slightly inferior state. Knowing that spirits on the tenth level had the power to configure their homes to their satisfaction, he asked the village elder about the people who lived there, he was told: Read More.

The Squire and his Wife – The Reward in Heaven

Spiritism revealed to us, as others have done so, that we live on a planet where we coexist with spirits. Spirits good, bad, and indifferent … we come into contact with them wherever we go and do. What is unique to the message of Spiritism is that our behavior and innate character determines the type of spirits who are attracted to us. Read More.

Welcome to the 10th Level of Heaven

Horse drawn carts, chariots, groups of people walking to the shores of a great ocean to greet new arrivals, all under the leadership of a high spirit … sounds like a passage from a fantasy novel. Which we read to escape our often disappointing and chaotic life. We long for a world of light and love and filled with beauty. Of friendships lasting forever and kindness spilling out from each and every one of us. A place where animals are our willing workmates and the delight of form outweighs function. This is real. This is heaven. Read More.

How Not to Prepare for Life After Death

According to Zabdiel, there are two types of spirits on earth, which includes incarnates and discarnates. One is the type which realizes the earth is a place of learning, a location to mold their character, and then return to the higher spiritual spheres. The other is bound to the earth. Attached to earthly pleasures and materials. Read More.