To Ascend – We Must Improve in All Areas 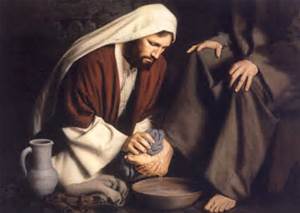 I read a story in the book, Life Beyond the Veil, in The Lowlands of Heaven section. It was a communication to the Rev G. Vale Owen from his mother in the spirit world. His mother told him about a spirit, a man, who had recently passed over and was wandering in a lower level of heaven.

The lost soul thought he was alone, but in fact his guardian walked behind him. Following him on his journey, the guardian knew the man possessed good traits and strived toward the light, but he had a certain hardness of heart, which precluded him from fully seeing all of the aspects of heaven.

As the man approached a small celestial colony, one of the spirits came over to him to see if he could be of help to the soul with a perplexed look on his face. As the kind assistant walked toward the lost man, the man’s guardian sent him the facts about who was the wanderer he was approaching.

In the message to G. Vale Owen, the spirit who started a conversation with the lost soul is “A” and the man wandering about is “B”. “A” walked up to “B” with a kind expression and began the conversation:

“A. You seem to be not very familiar with this region. Can I help you in any way?

When the kind spirit “A” told “B” that he must accept the fact that he is on a lower plane than his wife and he must take that deep into his heart (i.e. ex animo), he presented to all of us one of the eternal truths of ascending into heaven. It is not entirely how smart, how clever, how quick you are that counts. It is also your capacity for empathy, kindness, service toward others, in other words the amount of love you possess in your heart. True love, love which transcends family ties, race, class, or prejudices of any type. You must cultivate your emotional and intellectual talents equally.

Higher spirits combine the two; when one is predominate over the other, then the next life may emphasize the development of the weaker attribute. Whereas, the man in question, who is intellectually gifted, may be directed to live his next life in humble surroundings, so he may learn to increase his spiritual quotient. Lessons may be put before him to teach the need for faith and love.

As spirits travel through one stage after the next, they are expected to successfully pass courses, to learn new skills. In a lower level, the Rev. G. Vale Owen’s mother spoke about her and a group of

spirits learning to use their minds to create a statue of an elephant. At their first try, they failed miserably.

She also mentioned different colleges, one to examine the effect of colors, another to create new music and sounds … which would be processed in the spheres above and then sent back down to inspire humans. In higher levels, not merely inanimate objects may be created, but life as well … by thought.

The spirit Zabdiel, told G. Vale Owen that each sphere had its system of small colonies or town, which first welcomed new arrivals from a lower sphere and then would feed those spirits to larger centers as their skills increased.

Zabdiel provides us with the need to balance our focus in our development. When Zabdiel was on a watchtower in the upper regions of the tenth level of heaven, he learned about a colony in the lower area of the tenth sphere. He was curious about the small settlement, it seemed well-organized and somewhat different from other settlements in the area. He asked his guide on the watchtower about the colony and was told that some spirits who have reached the tenth level have experienced difficulty, in that they have not yet progressed in all of the heavenly sciences, as they should have.

Zabdiel then explained in more detail to the Rev. G. Vale Owen:

“There are some who progress evenly in all the faculties which are theirs; but others do not develop all their faculties equally all along their way of progress. These, none the less, are very highly developed spirits, and come to the Tenth Sphere in due course. But had they developed their neglected powers in the same proportion as the others, they would have arrived here much earlier.

Moreover, arrived here, they are at just such an altitude that what served in spheres behind them will serve no more in future. They must henceforth become more equalized in their faculties, and so of more equal balance.

The problem which gave rise to the establishment of that settlement was no other than this. And there they abide doing their work of help to others, and self-training the while. You may wonder wherein the difficulty. If you do so wonder, that is by reason of the much more complex perfection of the conditions here prevailing than is the case with you.

It arises from the fact that these people are really of the Tenth Sphere in some portion of their character, and of perhaps the Eleventh or Twelfth in other portion. And the difficulty is this: They are in some ways too large in power and personality for their present environment, and yet unable to proceed into the next sphere, where their inferior parts would suffer damage, and catastrophe would ensure which would probably throw them backwards many spheres behind, where they would be as ill at ease as ever.”[2]

Zabdiel goes on to tell G. Vale Owen that the colony works by spirits who are superior in one area help

those who are deficient in the same subject, whereas those receiving help may be at an advanced level in another that their teacher or other spirits require. Hence, the colony organized itself to provide each with what is needed.

What else could we expect of a group of spirits who are altruistic and trained to be supportive of each other? This is the genius of God’s system. By allowing free will, the freedom to take our time to advance, God created a system of each individual retaining their singularity, while ensuring overall goodness in each.

While on earth, every supposed method of promoting “goodness” or “sameness” resulted in concentration camps and mass murders; in God’s universe, life is sacred, free will is sacred and is not to be violated.

Learn more about the spirit realm and what it means to us. The first place is to learn what the basic

tenets of Spiritism are and how your life is planned so you can improve. You can begin by reading The Spirits Book, by Allan Kardec, or you can read my books, one on reincarnation, The Case for Reincarnation – Your Path to Perfection, the other about the spirit realm, and how we fit into it, Explore Your Destiny – Since Your Life’s Path is (mostly) Predetermined. You will find out why you are on this planet and where you are destined to be.

I have read this and am absolutely agreeable about all that is said. That does not mean that I do not have my own opinion. As I have made terrible comments befre and would like to truely comment that we all have our own opinion and we should be allowed to express that opinion. We are all on this planet and have to learn to get along with each other no matter what. I love each and every person in a caring & loving way