What Happens When a Child Dies?

Most Spiritist believe that when a child dies, the spirit returns to an adult form, so they may start over. In some of the books by Andre Luiz, there are mentions of places where spirits care for children. One would think this would be a rare occurrence, after all newly formed spirits are first reincarnated upon primitive worlds. There is an explanation to this mystery in the book Between Heaven and Earth, by Francisco C. Xavier, inspired by the spirit Andre Luiz. Andre Luiz is talking to his companions when they are visiting a center for spirit children and as usual, Andre is curious about such centers, he records the following conversation; 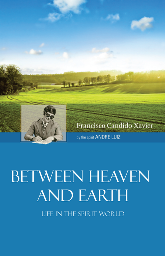 Between Heaven and Earth

“According to the old, classical theology, newborns remained in limbo after death, without the glory of heaven or the torment of hell, whereas of late, with the new concepts of spiritualism, such discarnates have been thought to immediately resume their adult personage.”

“A lot of times that is what actually happens.” Explains Blandina. “When the spirit has reached an elevated evolutionary level and has assumed mental command of itself, it acquires the ability to easily disengage itself from the imposition of the physical form, overcoming the difficulties of pre-adult discarnation. We know of great souls who were reborn for a very short time, simply with the objective of awakening beloved hearts to the acquisition of moral values. Then, right afterwards, they recover their former appearance. However, the same does not apply for most children that discarnate. Souls that are still prisoners of unconscious automatism are relatively a long way from self- governance. They rest and are led by nature, like babies in their mothers’ laps. They are unable to undo the ties that bind them to the rigid principles that guide the world of forms: thus, they need time in order to be renewed. That is why we cannot do without the recovery time needed for someone who has left the physical vehicle in infancy, because after the biological struggle of reincarnation or discarnation for those who are in the early stages of acquiring mental power, time has to function as an indispensable element for restoration. The length of that time depends on how the learner applies him or herself to acquire inner light through his or her own moral growth.” (p. 68)

Hence, once again, our ability to free ourselves from the materialistic world and concentrate on love and helping others, does make a difference in subsequent lives. With a superior pool of knowledge we are able to recover our spiritual form, while those who have been reincarnated to begin another trial without first attaining a taste of the wonderfulness of spiritual life are at a disadvantage. We truly are

creatures of our own mind. We should invest as much energy in the development of our inner bodies as we do in our outward appearance.

Understand the entire process of reincarnation, how we plan our lives beforehand in the spirit world, how we are guided during our life’s journey and what is our goal by reading my book, The Case for Reincarnation – Your Path to Perfection.