Waves of Emotion – Call to Action Sent by the Spirit Realm 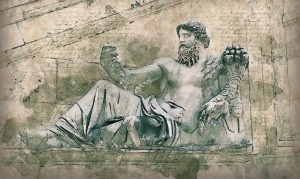 Have you noticed that groups of people on earth tend to share the same longing, the same urges toward a common goal? The Renaissance was one collective gasp of intellectual freedom from the bounds of the Catholic Church. It seemed to occur organically.

Unbeknownst to humanity, the spirit realm sends out signals – subtle pushes to our minds and emotional state to begin to move us in one direction or another.

As an example, according to the spirit Emmanuel, in the book On the Way to the Light, the Renaissance was planned by the spirit realm to set the human race onto a new path:

“At the dawn of the 15th century, when the medieval era was about to end, large assemblies of spirits met in the vicinities of the planet to direct regenerative movements, which, in light of 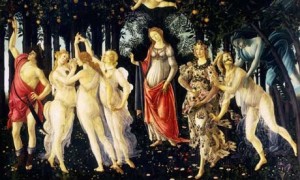 Christ’s determinations, would lead the world into a new era.

This entire regenerative effort took place under his merciful and compassionate gaze as He poured out his light on all hearts. Devoted messengers reincarnated on the orb to carry out loving and redemptive missions.”[i]

According to a message from the spirit Arnel, a similar event occurred around the turn from the 19th to the 20th century. The message was dated March 8, 1919 to the Rev. G Vale Owen .

Arnel has told G. Vale Owen, in previous messages, about the long journey of mankind toward material progress; now he presented a new journey that shall begin. It will reawaken spiritual forces and emotions that have been lost for thousands of years:

“The trend of human development had been downward and outward, toward and into matter. That was God His purpose, namely, that He manifest Himself in detail of form phenomenally. Because this way was downward set, the elements of error increased in greater measure than the reservoir of spirit into which they were poured from earth was able to absorb, assimilate and transmute. It was, therefore, necessary that on our way to earth we clarify these spheres. And this we did preparatory to our more intensified operations on earth itself.”[ii]

Arnel and other spirits describe the progress of humankind, as well as individuals, to be a spiral. Progress is made, but sometimes, through a dramatic event, an invasion for a country, or a rancorous 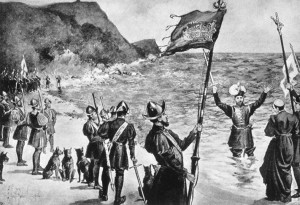 divorce for a person – it seems that all forward movement was lost. But, it wasn’t, for the episode actually created a firmer foundation to launch the next round of progress.

When Arnel speaks about the elements of error, not just on earth but in the surrounding regions, he well knows that psychic emanations affect discarnates and incarnates alike. That sometimes, the rays flowing from our thoughts need to be tuned.

In this case, the entire human race had been pushed to advance their technology, which for the short-term, meant that a material outlook pushed out the spiritual side of life. This is an unbalance that was allowed to exist, so earth’s society could reach where it was guided.

Now, and by now, it could mean starting hundreds of years ago, for the changes are subtle indeed, the human race is being herded back to experience a collective longing for spirituality. Think of moving the humans on earth like a mile long supertanker; from the moment the helm is turned the noticeable change in direction is extremely lengthy. We, living for around eighty years in our physical bodies at a time, do not have the field of view long enough to decipher alterations in course.

Arnel tells us this guiding is constant and unrelenting:

“Always earth is operated on from these realms. This was to be an intensification of those operations, an access of dynamic urge of such degree and impetus as should serve to send the hoop spinning safely down the lower slope and give it a good start on the upward turn on its way toward the peaks across the valley. This has now been accomplished, and the ascent is well begun.”[iii]

Something large was started. Arnel enlightens us more:

“This commotion increased and extended as we pressed more closely round the sphere of earth; and ever more and more they mingled in earth’s life and policies until they at last burst through the encircling envelope ethereal altogether and became of the economy of the world of men.”[iv]

A new purpose is starting to anchor itself on earth. I believe it starts with a sense of lacking, a feeling

that something is missing. Like the sixties generation who attempted to believe in love and all that implies. But we must realize these are only skirmishes, a battle takes place, and then society pushes back with all of the weight of the entropy of hundreds of years. Although, after the dust settles, a little progress was made.

The Rev. G. Vale Owen wished to know was the Great War, as World War I was known at that time, was the climax. Arnel tells him:

“Of that as climax. But ever in increasing force, as I have already said, this war has gone on for

these ages past. Its martyrs have been many, and many phases has the war passed through. You would count it strange were I to table for you all of these in total. I name but a few of these phases: the phase religious and theological, artistic, political and democratic, scientific, the warlike phase which took such vogue this last millennium as to absorb well-nigh all dynamics into its wide-open maw.”[v]

The good Reverend, like all of us, tends to localize great events around themselves. While Arnel is speaking of centuries, we think in terms of years or decades.

Arnel is preparing us for our future. Our future as humankind. We like to think of prophecy as boiling down to a distinct occurrence. Sometimes that is true, but the stronger, the irresistible prophecy is a vision of the human collective … the spirit realm is guiding us to this future. As sure as the rain falls, we shall arrive there.

Arnel gives a glimpse of the destination:

“For you do dwell upon the earth widespread and with large spaces unpeopled. So you in total are still but few. We encompass earth about on every hand and our ranks spread back upward through the steppes and stories of the serried heavens. So we be many, and each one of us of power greater than the most of you. Ah well, the dawning light will send its rays aloft and search us out in our hiding-places amid the light and brightness of the spheres. Then earth will feel less lonely as it rolls along the meadows of the void. Earth will know in that day that all about those meadows fairies plays and elves besport themselves in their merriment and that earth is not lonely but at one with the myriads of the redeemed of earth who have linked up humankind with those afar who dwell on planets some of which you see of a clear night and others which are not visible to you of earth. Nor will they be until you put off from your low-lying shores and sail your boat toward the open sea, toward the great expanse, toward the western region of the sun.”[vi]

We are being alerted that we – humanity on earth – will join other planets who have attained a balance of technology and devoutness, materialism and spirituality, wisdom and faith. As we approach these goals, we shall be assisted by other races from other planets.

In fact, this prophecy dovetails with the prophecy stated by Francisco C. Xavier in the 1970’s when he told us that if the earth could live through the next fifty years, starting from 1969, when men went to the moon, that sometime after 2019, the earth would be openly visited by aliens who would render us assistance.

The help from these other worldly visitors won’t only be in the form of wondrous gadgets and applications, but also of spiritual knowledge. We shall be exposed to what they have learned long ago – that we are immortal souls, who reincarnate to learn and to improve, and that we began in the spirit realm and shall ever return.

If you would like to learn more about Spiritism, please read Spiritism 101 – The Third Revelation, to discover for yourself, why we are here and what is our goal. 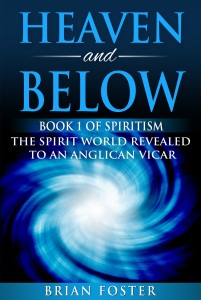