Spiritual Degrees of Brightness and the Law of Affinity

nwspiritism · February 22, 2020 · Beyond the Veil, Heaven, Organization of Spirit World · beyond the veil, Law of Affinity · No Comments 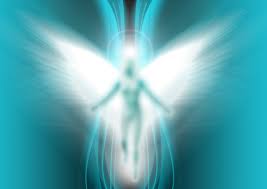 Spirits see each other in varying degrees of brightness. The light a spirit detects is the reflection of spirituality and pureness which exists in the heart and body of a spirit. A spirit from the tenth level of heaven, Zabdiel, explains how the level of light within each spirit determines their place in the hierarchy of the spirit realm:

“As we stand on the earth plane, where I stand now, and look through the Veil of difference of condition which is between us and you in the earth life, we often see many people at one time, and sometimes but a few. These people differ in brightness according to the degree of holiness in each; that is, according to the degree in which each individual in himself is able to reflect the divine light of spirit which streams past and through us to you. Some appear very dim, and these, when they come over here, will go the regions dim or less according to their own dimness.”[1]

The process whereby souls are allocated to a certain region is called the Law of Affinity. The Law of Affinity is the great sifter, it is Saint Peter at the gate, determining who goes where. There are no

questions, no tests, and no debate, you are placed amongst those who are like you.

Allan Kardec, the Codifier of Spiritism, publishes the answer from a collection of spirits about how spirits congregate. He is told, “Union exists between all spirits, but in different degrees, according to the rank they occupy – that is to say, according to the degree of perfection they have acquired; and the greater their perfection, the more united they are.”[2]

Allan Kardec, under the direction of the Spirit of Truth, brought the world Spiritism in the 1850’s. More than fifty years later, the Reverend G. Vale Owen communicated with a group of spirits, led by the spirit Zabdiel, the results of the sessions was documented in the book The Highlands of Heaven, which is part of a collection of four books, which are compiled in the book Life Beyond the Veil. The book was published in the 1920’s.

Next, Francisco (Chico) C. Xavier, starting in the 1930’s began psychographing messages and books from high spirits, all with the purpose of notifying the world about the Doctrine of Spiritism. Consistently, in literature published by Allan Kardec, G. Vale Owen, and Chico Xavier, the Law of Affinity is at the cornerstone of how spirits gather and are organized in the spirit realm.

Zabdiel tells us how the Law of Affinity filters spirits and locates them with their brethren:

“So those whose radiance is great go into those spheres whose brightness agrees with their own; and every one into the sphere which agrees with his – be it less or more. But those whose bodies – spiritual bodies I mean – are of gross texture, and do not radiate much light, but are dim, go into those dim spheres where only they may be so much at ease that they may work out their own salvation. They are not at ease indeed in any sense of the word; but only they would be less at ease in a brighter sphere than in those dim regions until they have grown in brightness themselves.”[3]

The degree of brightness that we reflect is determined by our internalizing the Love of God within us.

The more knowledgeable we are about the need to care, be fraternal, and honest with all fellow beings the greater our luminosity. As we grow in allowing love to permeate our entirety, the blemishes that we carry within us, such as envy and selfishness, become less pronounced; and solvable over time.

While those who are tied by material bonds to earth, who love possessions over people and see no wrong in fulfilling all of their desires at the expense of others are placed with their kin. They live in a world where others are similar to them, so they may see the true consequences of selfish behavior.

This is why it is important to work and study to increase your spirituality. To understand that we are on earth to learn to improve, to become better. As you ascend you will be granted the pleasure of being with others like you. With a group that cherishes and supports you. Allan Kardec explains how affiliated souls tend to stay with each other:

“These spirits happy at being together, seek out one another. Incarnation separates them only momentarily, because after their reentry into the errant state they meet again like friends who have returned from a journey. Frequently, they even follow one another into incarnation, wherein they are reunited in the same family or the same circle, working together for their mutual advancement.”[4]

The tight cluster of souls will watch out for each other. While some are incarnates on earth, others will look on from high and help guide the spirits going through their trials. Each helps everyone in the group to advance together. As they become purer, their friendship becomes more concrete, as their bodies divest themselves of matter. Petty jealousies and selfishness don’t disrupt their relationships.

The more you open your heart and mind to the Spirituality, the Supreme Intelligence, the more you shall be helped in your quest for improvement. Whatever effort you expend in denying yourself pleasures in this life in order to help others, you shall be repaid a hundredfold when you re-enter the

world from whence you came, the spirit realm.

Understand where we are taken after we pass on from our physical life and what are the places on the spirit world where we have been and are going to by reading my book, Explore Your Destiny – Since Your Life’s Path is (mostly) Predetermined.

Kardec, A. (2008). The Gospel According to Spiritism. Brasilia (DF): International Spiritist Council.