St. Augustine – His comments about Rome could be about our present time 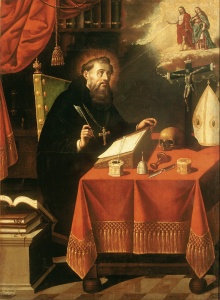 I was reading Saint Augustine’s book, City of God, he wrote the book after the Visigoths, under King Alaric, sacked Rome in the year 410. In many of the chapters he wrote about the complaints of the pagans against the Christians. A sense of the decline of the Roman Empire permeated the book. One chapter stood out, it described what St. Augustine felt the Roman citizens of the day really wanted. The type of culture and society, the leading Romans of the day desired to live in and wished to remain free to continue until their dying days. Read More.