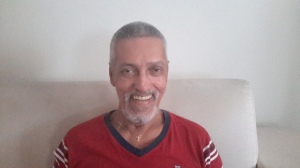 It is known that the Earth is in the planetary transition that will elevate it from the category of the worlds of trials and expiation to a world of regeneration. As we have not yet arrived at the paradise of a planet of regeneration, there are still countless awful experiences that parade on a daily basis on this planet. Misery, autoimmune diseases, deforming diseases, endemic ills, unborn children with deformities, premature deaths that translate painful separations, extremes of beauty and ugliness, wealth and poverty, are some of the most well-known trials among the various painful situations that go through the reincarnated spirits on Earth.

Of all the rosary of evidence known today, two are noteworthy for being hard to bear: the proof of wealth and that of poverty. There are people who are surprised when they learn that wealth is a test – the most difficult one that can be contemplated – because they believe that it is impossible for someone to be unhappy because they have a lot of money. However, oddly enough, many people would prefer to switch positions with others who are less privileged just because they are identified as less unhappy and because they know that money does not buy them happiness and peace.

Whoever goes through the proof of wealth has as his first challenge the task of containing the natural impulse to leisure, since he has everything, he needs for its maintenance without ever worrying about getting what he wants. Ahead, we must somehow understand that what we have in our hands truly belongs to divine mercy because, when we are disembodied, we will take nothing with us, except the spiritual goods we have obtained as a result of the good use of resources made available to us.

If there is no vigilance and common sense, wealth can lead people to gambling, vanity, pride exacerbated by believing themselves powerful only because of their purchasing power. But the time will come when they will realize that their coins will not free them from disappointments, from moral suffering, from other people’s greed, from equally proud and arrogant foes, or from diseases. Pain and distress level them out with the other creatures they believed to be inferior to them.

Yes, wealth is a very difficult test. Because of it, there is the other extreme, poverty. Equally arduous proof where possibly those souls who did not know how to manage the wealth in past lives were interned, when they failed in all the obstacles presented to be overcome .

If the rich are lost due to idleness, addiction and possibly also lust, the poor can complicate their ordeal by grumbling and non-conformity. Especially if they do not seek to improve themselves, preferring to live passively from others’ commiseration.

What is learned is that difficulties exist to be challenged, overcome and not for individuals to bend over them as if they were incoercible forces from which one cannot escape the yoke.

In poverty, the spirit submitted to it can learn something that it did not apprehend when in transit with wealth: dignity. Thus, for such a purpose, the poor will be honest without being proud. They will be conformed without giving up. And, in addition, they will be pious without being boorish. Finally, their hands that did not know how to bend to donate, will rise, stand straight, to receive, without murmuring.

The Spiritist Doctrine is lavish on wise teachings for those who yearn for knowledge and reflection. In order to eliminate residual doubts in people about which of these two tests will be the most difficult in the life of the relationship, the inquirer should refer to items 814 and 815 of THE BOOK OF SPIRITS and the doubts about this chapter will cease.