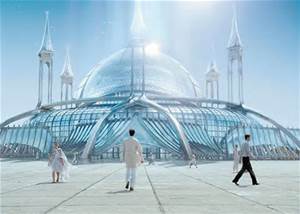 The spirit world is organized. It has a governing and command process, just like we do on earth. The largest difference is that the people in charge are appointed for their piety, love, kindness, competence, and selflessness. But assignments of increased responsibility aren’t just accomplished with an order – no, in the spirit realm, something else is given:

“Now when such appointment is made on earth authority is also given to the one appointed to exercise his office in the name of the State. But here there is added to the initiate a capacity of power to carry out the work of his own inherent ability. He is changed in personal capacity.  The circumference of forces at his command is enlarged. In brief, he has become greater, not alone in executive authority but also in forcefulness of spirit.”[1]

The spirit Arnel slightly pulled back the cover of how the spirit world operates. He told the Rev. G. Vale Owen that men and women are not just appointed, but enhanced. Similar to what happens when a spirit ascends from one level to the next, where they are physically transformed, with less density, and more attributes; officials aren’t assigned to their posts without added capabilities.

While they may be appointed assistants and other staff to enable them to carry out their duties, they are given something else besides. Their minds and bodies are supercharged, with greater reserves of energy, and most probably, heightened connectivity to other resources, which standby awaiting a call.

The Governor of Nosso Lar

In a book by the spirit Andre Luiz, psychographed by Francisco (Chico) C. Xavier, there is a prime example of a spirit realm government official who seems to have an expanded ability of service and work. The Governor of the spirit colony Nosso Lar, meaning “Our Home”, in Portuguese, for it was above the earthly city Rio de Janeiro, it received the spirits of the Brazilians of those who left their bodies within that vicinity, was described in a book, also called Nosso Lar. A friend of Andre’s took him on a tour of the city and pointed out where the Governor lived: 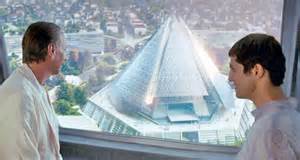 administrative duties. However, he is the most faithful and untiring worker of all. The Ministers ordinarily travel to other spheres in order to renew their energies and acquire new knowledge, and we too have our habitual sideline activities, but the Governor has no leisure time on his hands. While he insists that we must rest, that we must take periodic vacations, he himself almost never rests, sacrificing even his sleeping hours. It seems like it’s his glory to render round-the-clock service. I’ve been here for forty years, and except for the collective prayer services, I have rarely seen him at any public function. His thought, however, reaches every circle of service, and his kind assistance involves everybody and everything.”[2]

Nosso Lar was published in 1944, the communication from the spirit Arnel was in 1919, twenty-five years after we were told that high officials are granted extraordinary powers and endurance. The information derived from Spiritist mediums via advanced souls from the other side is consistent and complimentary.

Spiritism, since its beginnings in the 1850s, as codified by Allan Kardec, has continually added to our pool of knowledge. Each message and book published serves to clarify what is waiting for us when we return home.

The spirit world is our true home; we were created there, we were launched into numerous lives from there, and in the future we shall remain for the vast majority of our immortal lives there. Each bright spark of information which lands at our feet, serves to enlighten us and to make known to all of humanity what is to come for them after physical death.

Abolishing the fear of death, is a pronounced liberation, for it should remove our preoccupation from

attaining the temporary luxuries on earth and focus our attention on learning our lessons assigned to us, so that we may ascend in the heavenly spheres.